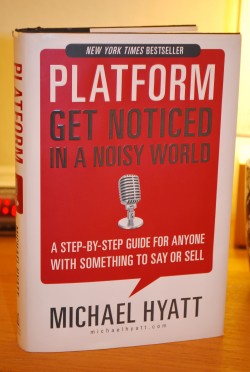 When I started this site, I did not have much experience of blogging. I had some experience of twitter but not much really. I needed a running start so a friend recommended me to have a look at Michael Hyatt’s website. I found Platform: Get Noticed in a Noisy World and decided to buy it. It was exactly what I needed.